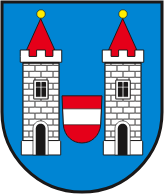 Neither the date of Neveklov foundation nor the origin of its name are known. What is known, however, is that it belonged to the Lords of the Rose since ancient times as according to one of the oldest records it was precisely a member of Rosenberg (Rožmberk) family – Jindřich- who sold it to the Monastery Na Zderaze in 1285. Nevertheless, until the 16th century it remained „in the pledge“ of country gentlemen of Neveklov. In the period prior to the Battle of White Mountain Neveklov obtained various rights – right of presentation, right to brew beer, right to hold fairs; Neveklov citizens were granted relief from manorial labour. Thanks to the knight Adam Řepa, Neveklov was raised to the rank of a town in 1563.

However, the fateful Battle of White Mountain brought many changes into the Czech Lands, including Neveklov. The then lord Smil of Hodějov took part in the revolt of the Czech protestant nobility in 1618 and as a result all his property was confiscated and subsequently bought by Pavel Michna of Vacínov in 1622,

Michna was a fervent catholic and was strict and ruthless in propagating the catholic faith all over his estate. He equally deprived Neveklov of its privilages under the pretext of townsfolk´s approval of the revolt. In place of an expelled protestant priest a catholic priest was appointed and he gradually took charge of surrounding settlements (Maršovice, Křečovice). 1652 was the beginning of registry office.

In 1550 the estate of Tloskov became part of Neveklov. During the reign of Ferdinand I. In 1563 Neveklov was granted urban privilages as well as its coat of arms with two towers symbolizing the unification of Neveklov and Tloskov. In 1872 Tloskov was bought by Vincenc Daněk, the cofounder of the Breitfeld and Daněk Company.

Neveklov area during WWII and afterwards

A tragic fate befell Neveklov area during WWII. Starting in 1942 the population of the whole region was gradually displaced and SS exercising ground was set up here.The displacement had a profound effect on people´s lives. Not only did it considerably disrupt the current life of poeple who were working mainly in agriculture and who had for generations been tied to the soil – means of their subsistence, but it also meant severe complications in establishing a new existence.

After the war, having arrived to the places they had been living before, the inhabitants found nothing but demolished walls, broken windows and doors, devastated fields, poisoned wells. Death was lurking all around – mines and grenades. Despite all this several thousand people took part in the national pilgrimage in Netvořice on the 19 August. The renewal of the area after the war was financed by the UNRRA organization, nevertheless this aid ceased after the Marshall Plan had been rejected.

Between 1945-1948 local water supply system, waterworks and two wells were built. In 1948 Engineering Cooperative for common assistance with the help of agricultural machines was founded. American tractors Farmer became the basis of the first tractor station in Tloskov. In 1952 the Agricultural Cooperative of Neveklov was established.

As early as 1946 an agricultural school was opened in Neveklov; it ceased its operation in 1955. In 1952 a cinema was built in the building of Neveklov municipal hall.

The post-war fate of Tloskov chateau is worth mentioning as well. In 1946 it was the seat of the Union of Inventors, from 1954 of a toy cooperative Dereda, in 1958 it belonged to the army and finally since 1959 it has been the seat of the Social Care Institute for Youth.

Currently Neveklov has the population of 2350 inhabitants. Many of them work in agriculture, others commute to work in the environsor to thecapital city.  The town of Neveklov is developing successfully. In 2011 J. Heřman Square was reconstructed and recently a former shopping center in the square has been convertedin to a multifunction a lbuilding with adjacent parking.